Please help us get our grassroots multiracial delegation of women and men from across the country to this critical gathering.

Meeting to share strategies and experiences with other grassroots organizers will strengthen us all in demanding that society prioritize the care of people and the planet, and end poverty and war.

Tear Down the Walls – the largest gathering in 2013 – is “bringing multiple movements to strategize and network together on how to build a more unified, powerful movement for transformational change in the US.”  It is critical that the voices of women and others most impacted by unjust social and economic policies be heard.

END_OF_DOCUMENT_TOKEN_TO_BE_REPLACED

A multi-racial group of about 60 people gathered at the Germantown Friends School for a forum on solitary confinement on September 21. The crowd included Formerly Incarcerated Persons (FIPs), family members with loved ones inside, the religious community, students, and women’s, prisoner rights, civil rights, disability rights, peace and justice groups (see list of groups represented at the end). The speakers were excellent and much of the audience participated in the lively discussion. All agreed that this was a beginning, not the end, and have vowed to continue to work together and take collective action (see list of suggested actions below).

END_OF_DOCUMENT_TOKEN_TO_BE_REPLACED 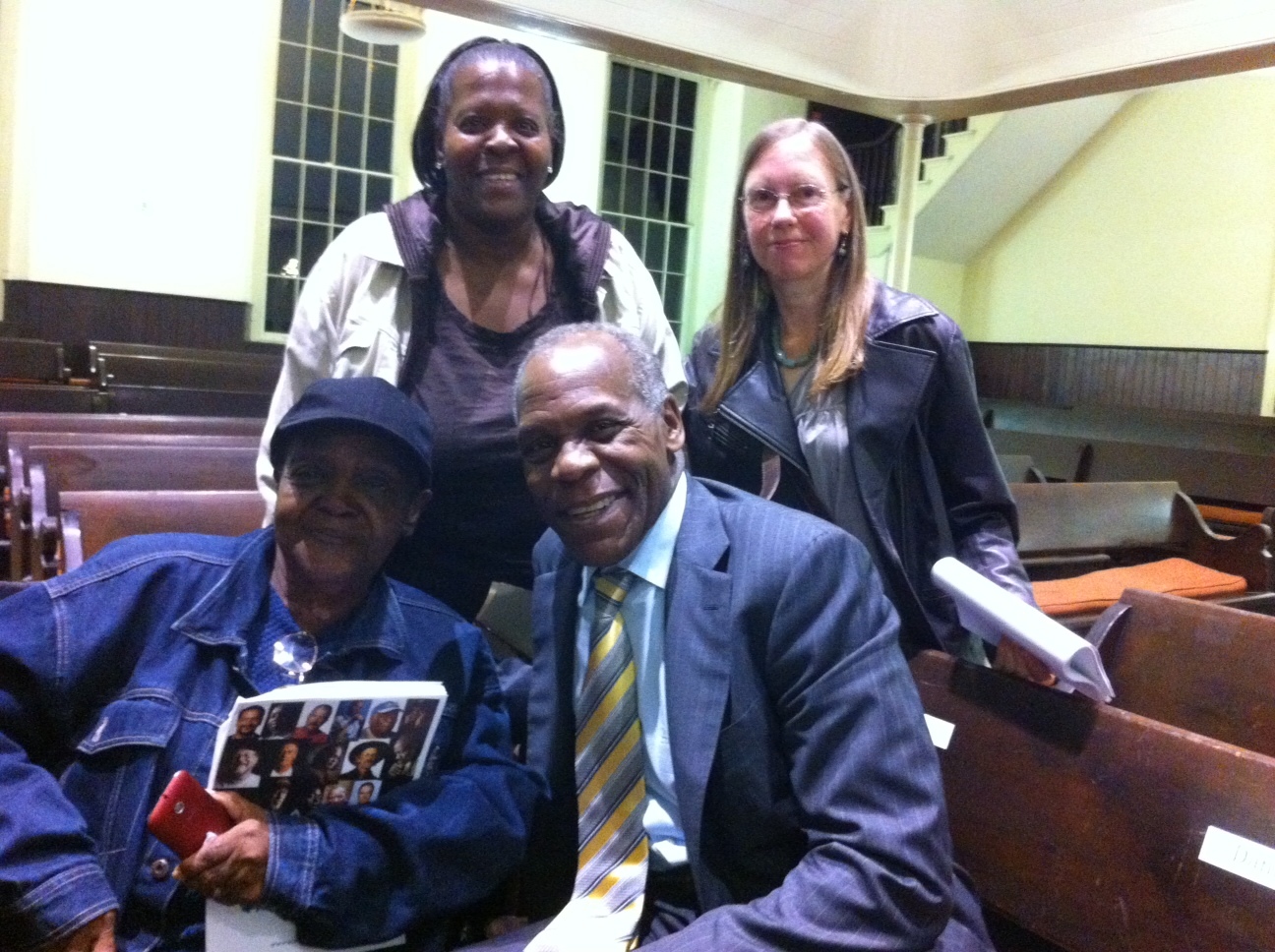 Actor/Activist Danny Glover with Nancy Carroll, Carolyn Hill and Pat Albright representing Global Women’s Strike and Every Mother is a Working Mother Network at the 10th Anniversary of Witness to Innocence Project in Philadelphia on Oct 9. Mr Glover signed Carolyn Hill’s petition to the Dept of Human Services to have her nieces returned to her care.

The Philadelphia Inquirer published our Letter to the Editor in response to the news that 80% of caregivers applying for cash assistance in Pennsylvania are being denied because of new job-search requirements. We encourage you to write letters of your own, and to help publicize the federal Rise Out of Poverty (RISE) Act. Please sign the petition, encourage your organizations and networks to endorse the campaign, and urge your US Representatives in Congress to sign on.

Letters to the Editor, The Philadelphia Inquirer
Posted: September 26, 2013

As a single mother and former welfare recipient, I was disgusted to learn that as many as eight of every ten applications for cash assistance are being denied because of a new rule requiring applicants to search for at least three jobs and document their efforts. (“Denials up in Pa. for welfare aid,” September 16).   Who is to care for the children while their mothers do this?

Philadelphia already has the distinction of having the highest level of deep poverty of any large US city.  Mothers are skipping meals so our children can eat.  Enough is enough. Being a mother is a full time job, just one without a wage.  Our work is given lip service as “the hardest job there is” from President Obama on down, yet mothers are denied resources – including welfare – and that puts children at risk of being put in foster care.  One practical proposal in Congress is the “Rise Out of Poverty (RISE) Act” HR 3486 sponsored by US Rep. Gwen Moore (D-WI), which would change the goal of TANF (welfare “reform”) to ending child poverty, rather than denying moms and children benefits.  Shame on the Corbett administration for their cruelty towards children and mothers already struggling for survival.

Pat Albright
Every Mother is a Working Mother Network
pat@allwomencount.net