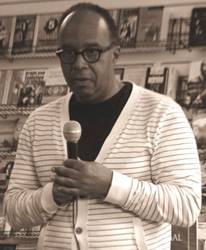 We are appalled at the firing of two distinguished and much respected educators from Temple University Black Studies.  Professors Stanford and Monteiro have helped bridge the gap between the community and the university, making some university resources available to the community while bringing vital and current community ideas and energy to the university.  They have helped keep Black Studies rooted in and relevant to the Black community and to the entire city, while ensuring that the history of Black people and of the movement against racism which Black people have led, is not lost to future generations, whatever our race.  For those of us working against the poverty and increasing incarceration of women and children, in particular of women and children of color, who are the poorest of the poor in a city that has the highest rate of extreme poverty for any city of its size in the nation, this loss moves Temple even more in the direction of the ivory tower, at best arrogantly abandoning the community it should be serving, at worst catering to the most narrow-minded and prejudiced forces in the city.  We call for the reinstatement of Professors Stanford and Monteiro now!

Phoebe Jones Schellenberg, PhD from Temple University, with the Global Women’s Strike and a founder of the Temple Community Campus Women’s Fitness Club from the 1980s

Margaret Prescod, Women of Color in the Global Women’s Strike

Pat Albright, mother of Temple grad, with Every Mother is a Working Mother Network

Carolyn Hill, DHS – Give Us Back Our Children

Please email us or leave a comment below if you wish to add your name.  We urge you also to read Dr. Monteiro’s statement and sign the petitions below.

“It is far larger than me. It’s also about the children in Norris Homes. It is about the human beings that inhabit the two poorest zip codes in Philadelphia, which are neighbors to Temple. It’s about them. It’s about the kids harassed by the police and told keep it moving you don’t belong here. It’s about the closing down of Saturday Free Schools and W.E.B Du Bois Lectures and Symposia that opened the classrooms and lectures halls to the poor and working class.” – Dr. Tony Monteiro from his statement to the press, February 12, 2014

From the Black Left Unity Network

A Call For The Reinstatement Of Temple University’s Dr. Anthony Monteiro